Are Luxury Car Brands Following Tesla’s Footsteps, and Is It a Good Thing?

Posted on June 16, 2016 | Comments Off on Are Luxury Car Brands Following Tesla’s Footsteps, and Is It a Good Thing? 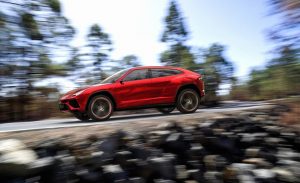 There’s no denying the fact that Tesla Motors has caused a much needed shakeup in the luxury car market. Hybrid electric and all-electric vehicles, which were nothing more than a small niche a decade ago, now account for a significant portion of the luxury and consumer car markets. Tesla, seemingly against all odds, has managed to claim 8% of the luxury market, which is an incredible feat, considering it is competing with the likes of Audi, Mercedes Benz, and BMW.

By taking such a significant portion of the market in such a short time, many now see Tesla as an innovation leader, even though they are still far behind in gross sales volumes. Many would even go as far as saying that Tesla is the most influential car maker of the current generation. Is this true? And if we were to look at other luxury manufacturers, would we see them following in Tesla’s footsteps?

It has been only 8 years since Tesla launched their first fully electric vehicle, the Tesla Roadster. Since then, the company has sold around 125,000 vehicles, which puts it right up there with the leading electric car manufacturers. In the luxury market, the Tesla Model S is the undisputed all-electric leader. The only plug-in car that has sold more, is the Nissan Leaf, which is a mainstream compact car.

With such success, it is not surprising that the other luxury manufacturers have taken note. In 2015, Mercedes Benz already had three electric car models, but some of the other leading manufacturers were lagging behind. Noticing that their sales were being eroded by customers wanting to move to emission-free vehicles, some of the other top companies started developing their own offerings. Two of the most noticeable, are the Porsche Mission E, and Audi’s electric Quattro, the E-Tron.

The E-Tron Quattro is a fascinating concept. Rather than building from the ground up, as Tesla did, Audi is using a brand name that is trusted, and styling that is reminiscent of the existing Quattro models. No doubt, Audi hopes that this will help people to associate the vehicle with the kind of prestige that already exists with the Audi brand, which in contrast, is something that Tesla has had to build over time.

Audi positions their car as a hybrid that doesn’t compromise when it comes to performance. It can be charged at home, and can switch over to a regular high efficiency combustion engine to increase mileage, practicality, and reliability. This is a significant difference from the Tesla philosophy. Audi, and most of the other large automobile manufacturers, believe that the hybrid is a more efficient and more realistic answer to ecologically conscious and sustainable motoring. This is something that is likely to resonate with customers in a number of markets where an all-electric vehicle is not suited to the infrastructure that is available.

Looking at the Quattro, and other cars like it, it is clear that the luxury giants have been roused by Tesla, and forced to make new design choices to compete with their newest challenger. However, it is interesting to note that most manufacturers are not investing completely in electric technology, and instead look to hybrid power delivery systems, which are arguably more suited to established car markets, and therefore could attract larger sales figures than what Tesla has so far been able to achieve.

This entry was posted in Blog. Bookmark the permalink.